Today (along with a new Humble RPG Book Bundle) we are pleased to present two new PDFs–one villain for Mutants & Masterminds and an encounter for the Fantasy AGE RPG. 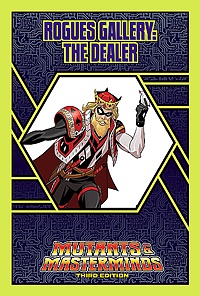 Once a small-time crook, the man now known as the Dealer has spent his life bringing misfortune to others to stave off a supposed family curse! When he cheated his way into some winnings, he used them to become a super-villain to see what would happen with his curse if he could really spread his bad luck around! 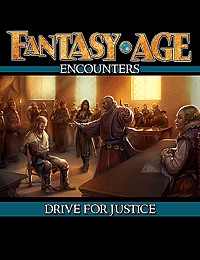 Our heroes are asked by a local sheriff to prove the innocence of an accused knight. Can they save him before it’s too late? Drive for Justice is a Fantasy AGE RPG adventure for heroes of levels 1-3.

Ronin Round Table: Cybernetics in Valkana
Scroll to top Skip to content